ICTSlab > Blog > News > A different perspective of teenagers on technology

A different perspective of teenagers on technology 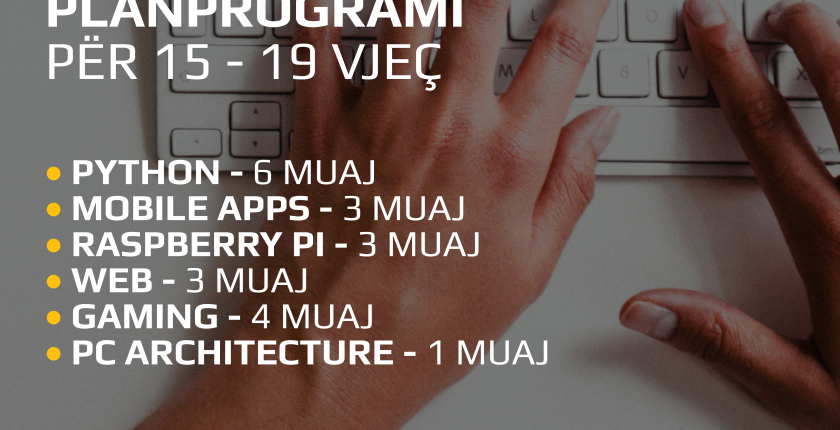 Until now, the experience at ICTSLab with children 7-14 years old, proved that early childhood confrontation with computer science and programming is a necessity to prepare them for future professions, which will undoubtedly be digital.

Starting from scientists to artists, knowing how to develop a program or an application will definitely translate into success for their profession, as these skills stimulate creativity, critical thinking, communicative, decision-making skills and not only.

However,for those who still are trying to find their direction in the academic and professional world, especially those who belong to the age group of 15-19, ICTSLab has also thought about them.

ICTSLab brings to Tirana a curriculum for this age group, which aims to give these young people the space to design and create through contemporary digital technologies.

Regardless of the direction they have chosen or will choose in life, programming skills will be a key competitive advantage to their achievements. At first they will learn the basic concepts of programming by getting acquainted with the syntax of the Python programming language, which is one of the most appropriate languages to begin programming with.

Programming is mostly thought as an area which belongs to a minority that is devoted entirely to studying and developing in this field. In reality, programming should be considered as a foreign language, which enables communication with the computer.

Having said this, after successfully attending this module, students will know how to program with a new universal language, which they can develop regardless of geographical boundaries.

By going through the curriculum, they will be taught with new skills in the development of mobile, web, electronics and computer architecture applications. As a result, they will get familiar with the latest hardware and software tools.

Recognizing their benefits and weaknesses, they will be able to use these tools efficiently and effectively for any purpose. Whether you’re a tech-loving teenager, someone just looking for a new activity that will acquaint you with another dimension of what you are capable of accomplishing, a high school student still undecided for choosing what to study in university and want to get familiar with the details of computer science or simply want to be equipped with 21st century skills to successfully face the challenges you’ve chosen, a parent or relative of an adolescent and want to see it easily integrated into the digital world not just as a user of the most modern technologies, this curriculum is the answer to your desires and needs.